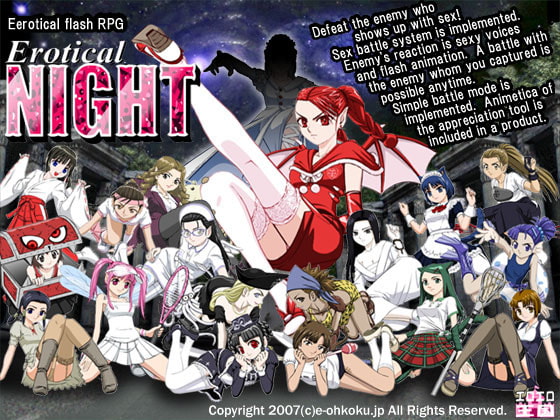 All text are in English. * Parts of the translation were done by professional translators!! You have been called upon to save a once peaceful land from the clutches of the evil, demonic Erotica Army! You will take the role of a mighty sexual warrior and venture forth to liberate the towns and villages from Erotica’s oppression. As in any RPG, the player traverses fields and dungeons, fighting the enemies that appear on the way. There is no troublesome increase in difficulty to contend with. The player may escape from any normal fight with 100% probability of success. When fighting bosses or the sporadic traps, the player is simply not allowed to escape. This game features a Battle Fuck system. Fighting enemies means having sex with them! The player exchanges attacks with his enemies in a turn based fashion. Enemies reacto to attacks by moaning and animating in Flash. If an enemy is defeated she will ascend to heaven. There are over 20 types of enemies in total. Simple battle mode As soon as an enemy has been sent to heaven, that enemy will be registered as beaten. She will then be available in simple battle mode. Simple battle mode allows you to use the items from your saved game and allows you to instantly fight any enemy you choose. As of version 1.3, the animaker animation tool has been included with the game. You can load your saved data and edit the animations for the Battle Fuck system as you please. Voices: Sugitani Koume, Kisaka Rio, Nekomiya Miu, Kiritsuki Yui * Note that this game is not fully voiced. There are only some moans during battle. Please check whether you can save your game before you start playing in earnest (see the readme for details). You can use saved data from the trial version in the full version. The trial version contains about 20% of the content in the full game. For more information and screenshots, visit the Erotical Night website or read the developer blog. 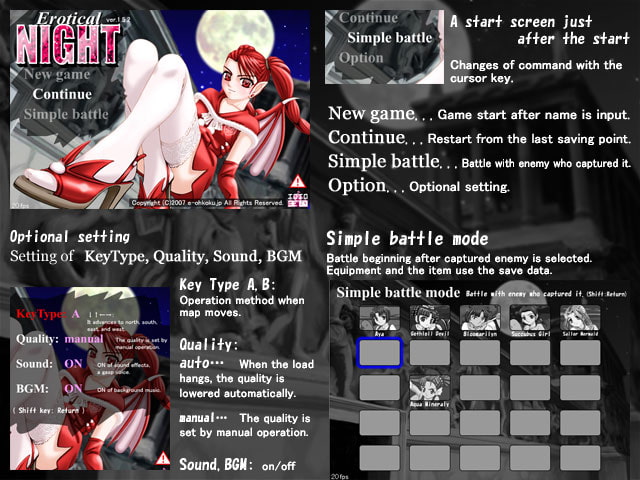 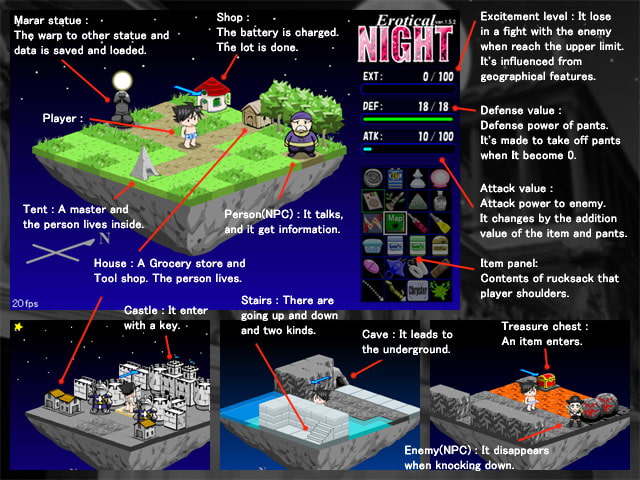 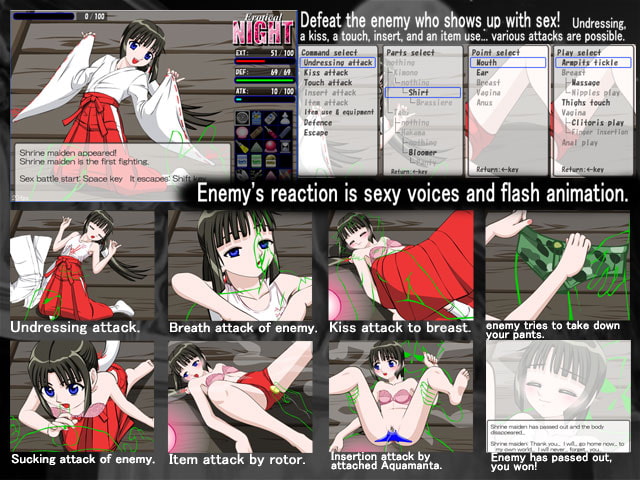 「Hospital of the Dead!」