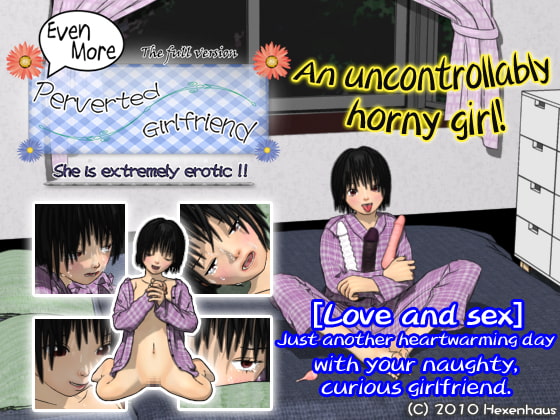 Hexenhaus presents its 3rd volume of animation production! Full-3D toon-rendering makes possible the dynamic movements of the actions made by a girl in an illustration style! This is the ENGLISH version translated by native English professional translators. (Voice: Original Japanese version) Reine Misato is a naughty and one-track minded girl. You (the player) are her live-in boyfriend. You wish to finish a report to hand in before tomorrow, but she is in heat and tries to seduce in this way or that way. It’s up to you to accept or ignore her temptation. Enjoy a heartwarming moment of the daily life with a selfish girl who has extraordinary perverted taste! This is the complete edition of Perverted Girlfriend. You can now enjoy the story from the point of view of the first person (boyfriend). *Features – This is a Flash Animation game rendered in 3D from beginning to end. – Lip-synchronizing and character’s movement using prescore (voice samples recorded beforehand). – Realistic movements of clothes and liquid with the help from the physical calculation plug-in. – Minimum censorship in the rendering stage. – Unique sound effects for liquid and cross-sectional views. *Features as the complete edition – Dialogs are added to the erotic scenes and images are in higher resolution. – Erotic scenes are more than doubled in amount. – Story in dialog with the girl is added. – Useful options such as album mode, save/load function and scene review more are featured. – In reduced price! *Reason for the price tag This title was initially conceived as an update for the original title. However, modifications are such that it was difficult to add all of them as a simple update. And here it is released as a new product. But, as the nature of the complete edition, there are several reused scenes. Thus the price is set low. That being said, this product has a reasonable price for those who have enjoyed the previous title or those who haven’t. Try out the demo version on your computer before purchasing to make sure of the quality! 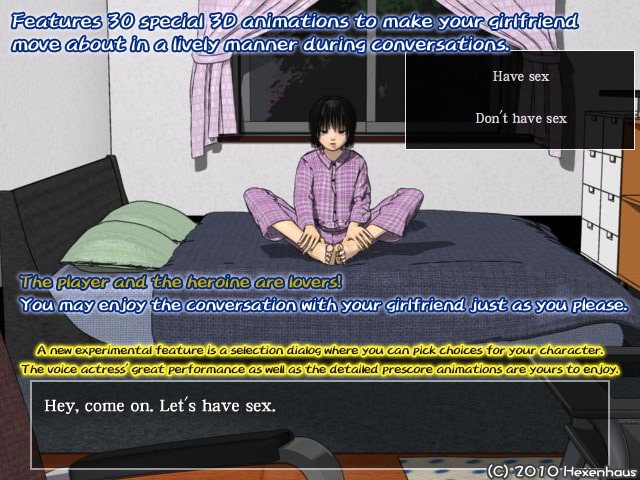 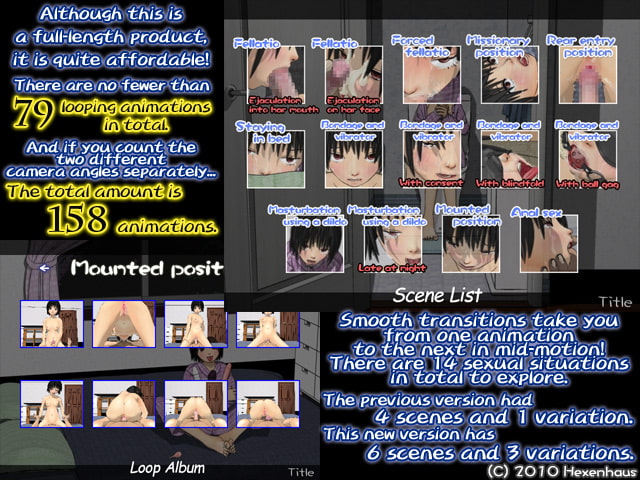 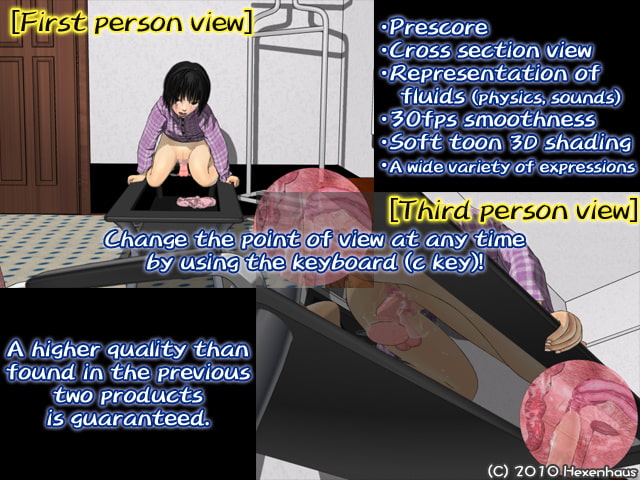 「Naughty study for exams with a ghost!」