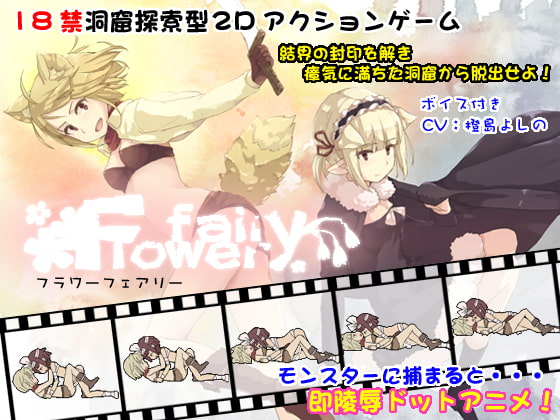 * Story A mysterious barrier has trapped two animal-eared sisters in a deep cave complex. Can they make it out of the underground maze full of noxious fog alive? Find out the truth by interacting and engaging in battle with other adventurers, holy knights, pixie sisters, monster girls and all sorts of wildlife transformed by the fog! * Action Play as Neri, a notorious thief armed with a trusty handgun, deadly knife and cat-like agility. Explore the levels cautiously sniping enemies from afar or rush in and cut through everything in your way! * Animation The game features 42 different monster species, some with multiple attack patterns. Plenty of capture animations, erotic and ryona scenes for you to enjoy, every creature out there has their own ideas to have their way with the cute animal-eared protagonist! *R*pe When Neri’s clothes get torn enemy attacks will inevitably result in r*pe or ryona. Slam the attack button to escape, but remember, if health drops to zero you won’t be able to resist anymore. If that happens, the poor dog-girl will become a toy for the lustful monsters… Even at zero health if you keep the attack button pressed you can escape from the monster holding you. But with no strength left to stand up, another monster will just take over. * Collectibles Neri can boost her stats by picking up various upgrade items hidden throughout the levels. Monsters and treasures you’ve encountered are recorded in two separate journals. Try to find and register all 42 kinds of enemies! *Creatures Select [Creatures] from the options screen to view the gallery of animations. The monsters all have a chance to drop a characteristic item. If you pick that item up, the corresponding monster will be unlocked in the gallery. See if you can unlock all 46 of them! Note:There is also a hidden option to unlock the entire gallery at once! * Bonuses Completing the game unlocks the Shortcut option that lets you warp to any of the save points. You can also access a bonus yuri cave stage with random enemy encounters. All creatures (even bosses) have a chance of appearing! * Notes Most of the enemies are monster girls, the game features many futanari and lesbian scenes. It’s highly recommended to purchase the game using your DLsite account to receive bugfixes and updates with additional content. Please download and play the trial version first to make sure there are no compatibility issues. ——————————————————————————– *Updates 2016/09/04 -Option screen display error fixed 2016/09/01 -Bug in the Creatures screen fixed, and more 2016/08/30 -Two new animations added. -Main menu design updated, and more 2016/08/24 -New character added. -Timing of settings improved, and more 2016/08/10 -One new animation added. -Option to change screen size added. -Error log support for consecutive restarts, and more 2016/08/01[Emergency update] -A bug during level transition fixed -Error log support for a certain audio file playback, and more 2016/07/31[Content update] -New level [Ice Cave] added -Two new characters added -Unlocked mode for gallery added -Signposts added for directions in the cave, and more 2016/07/23[Content update] -New character [Snowgirl] added -In-game signs with game instructions added -A bug in error logging fixed -Fine-tuned the game difficulty, and more 2016/07/19[Emergency update] -Game difficulty adjusted (switched to three levels of difficulty) -Gallery display bug fixed -Added option to change clothes state at save crystals, and more Note: This is an emergency update in response to many reported issues. New character that was planned for the first update is not included in this one. For more details refer to the text files supplied with the game, or visit the BBS on our website. 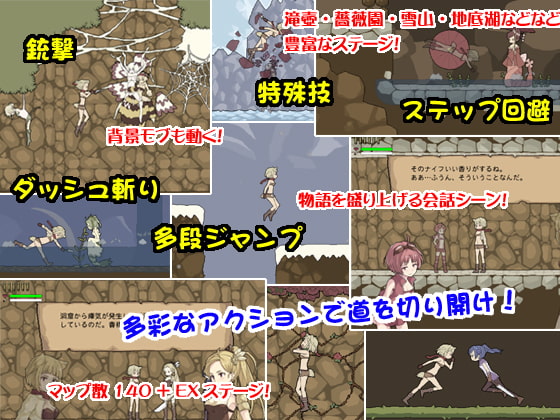 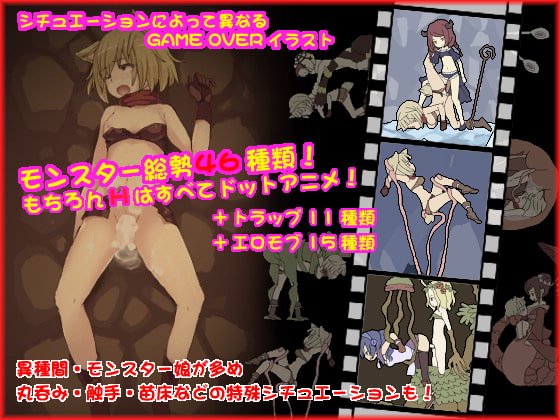 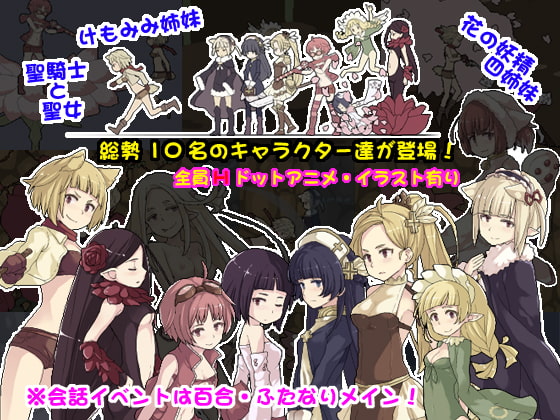 「Perils of Fantasy – Terror From the Swamp!」