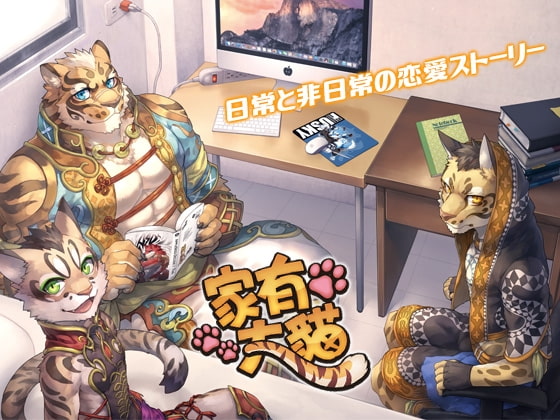 Does the god statues really harbor the god spirits? Do gods see the ritualistic festivals? Although he was born within a religious family, college student Lin Tian-Liao has never thought about meeting three feline spirits. It’s never bad to have three lovely guys around, but life must be going on. Knowing his humdrum life has gone forever, Liao still don’t know what his future holds. However, his story with three big cats has already began. = Game PV = https://www.youtube.com/watch?v=xTnfnFjIM-8 = Characters = – Lin Tian-Liao – The youngest son in the spiritual bloodline in the southern region of Taiwan. Currently he is a first year student in a university. having no outstanding trails. Just an ordinary otaku university student. – Lin Hu – The Guardian Tiger in Manzu’s temple. Brought to Taipei by Liao. As Liao gains the ability to talk with spirits, Lin Hu wants to bring him home and have him tend to the family business. However, Liao believes being an Oracle is old fashioned, putting the tiger in a difficult position. Having been living with Liao in Taipei for a great deal of time, he reads Liao’s books while staying at home. Leading him to learn a great deal about modern life and often shares his findings with Liao. – Li Ke Lao – A clouded leopard from the Rukai, with a tattoo of Hundred Pacers on his body. A subordinate of the King of Hundred Pacers (aka. master of the dead), Aidridringane. The leopard brought spirits of the dead to view a performance and met Liao there. Sensing the potential within Liao, he wanted to convince Liao to deal with the problems that have been troubling his people for a long time. He often does things without thinking but believes in the conviction of his morals and is extremely determined. He doesn’t know Mandarin Chinese so communication can be difficult, leading him to come off as cold at times but truly he is a passionate and sensitive person. – Yan Shu Qi – A guardian tiger in a small local temple. While looking for someone to restore his temple he possessed Liao’s clubmate to get close with Liao. Shares similar characteristics and the body build with the man he possessed. With a height of 160 cm and a young face, he is often mistaken for a high school student. Although he is short and slim, he has built strong muscles from dancing practice. He is one of the leaders in the dance club, a social guy and publicly known to be gay and has no problems talking about his sexuality. Rumour says he’s a promiscuous person. = Line Stamp = https://store.line.me/stickershop/product/1355944/ = System Requirement = Windows 7 or later Mac OS 10.6 or later = Announcement = Please visit the official website (can be switched into English): www.nekojishi.tw We warmly welcome your support in any forms! 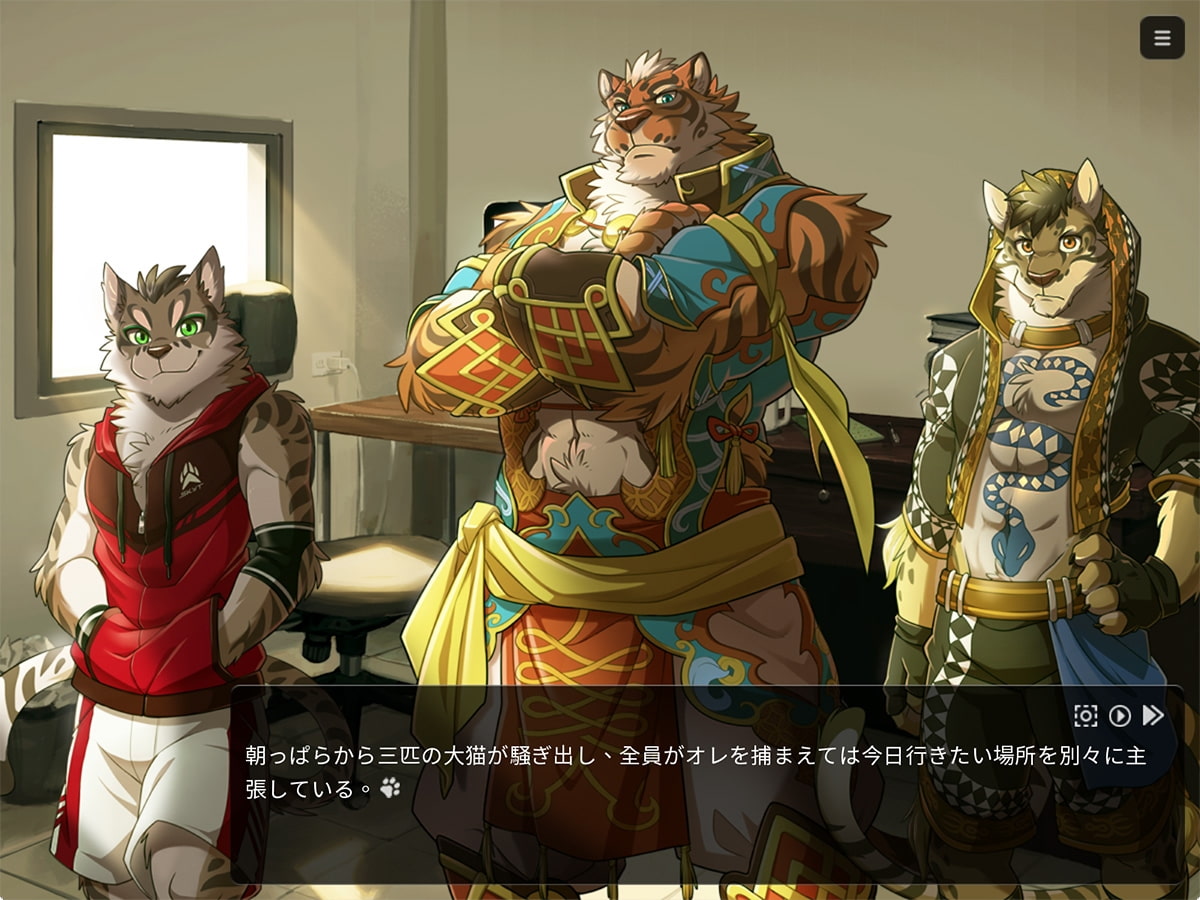 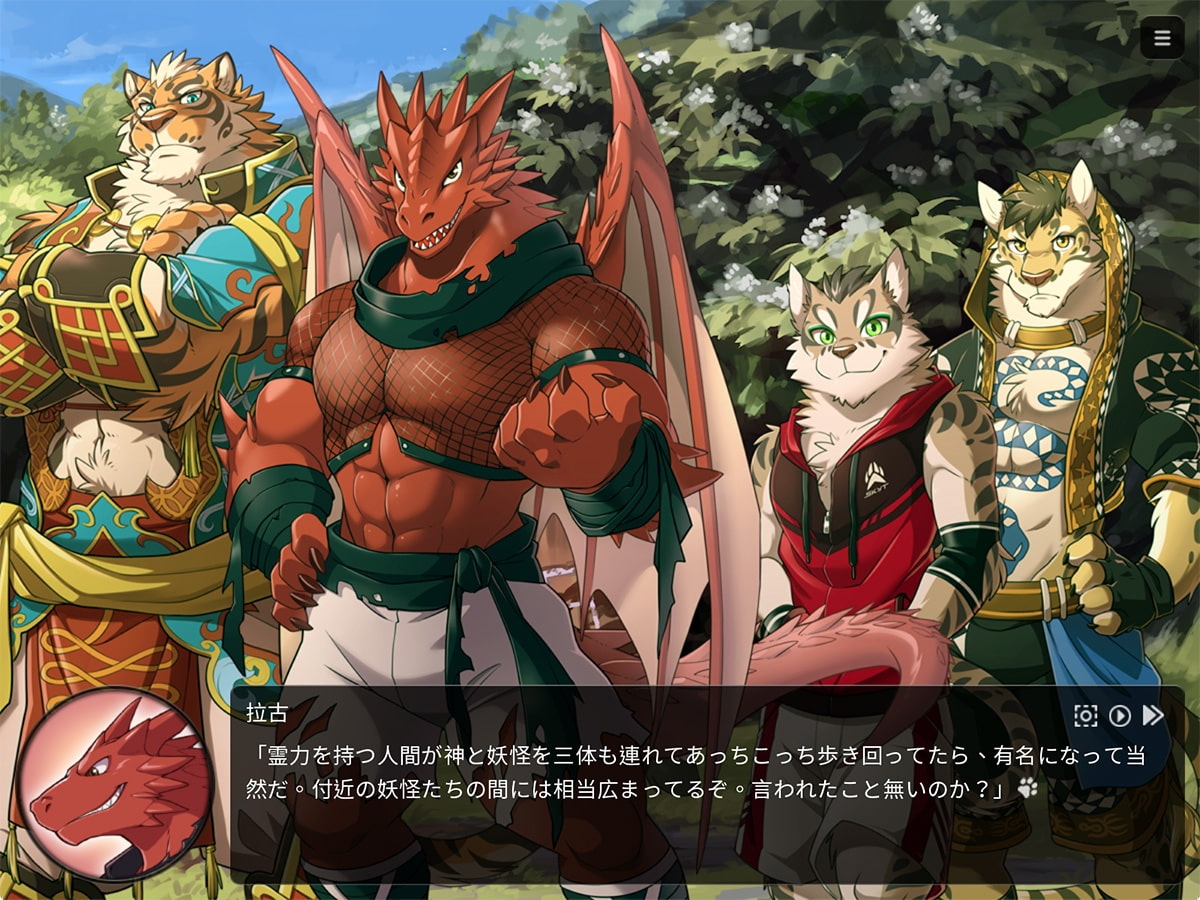 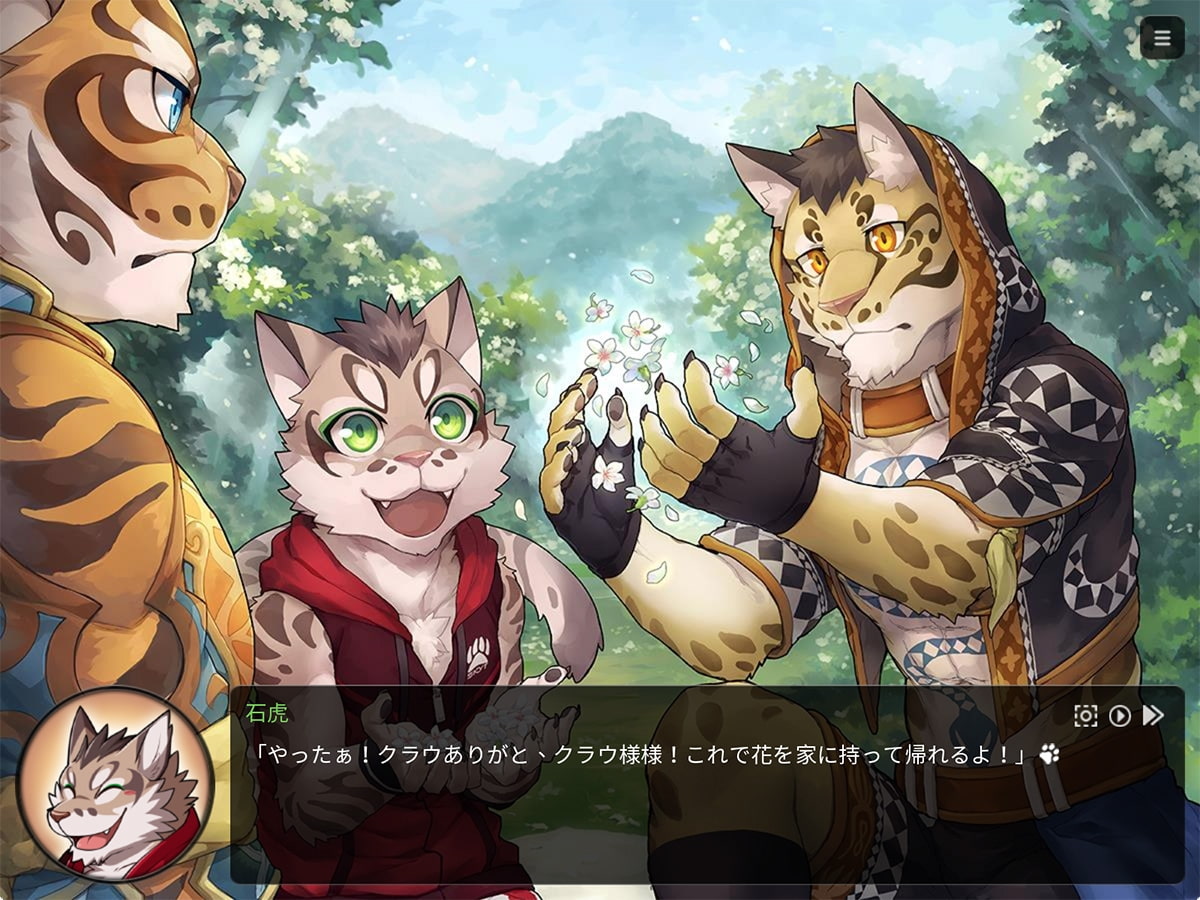