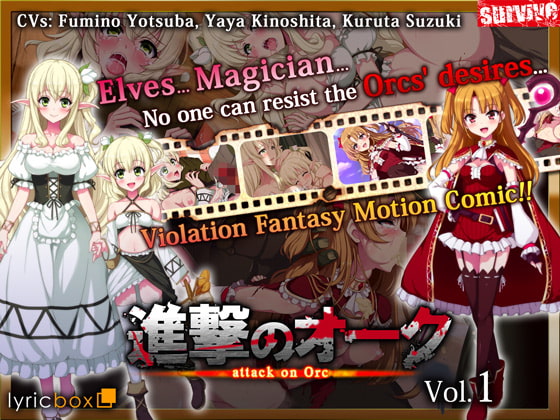 * Nov 10th 2017 – Updated to English Translated Version! DLsite Official Translation (Voice: Japanese Subtitle: English) Survive x Lyricbox team up to animate a classical fantasy CG set into Motion Comic! Maidens will be violated, both body and soul, by the insatiable lust of the Orcish hordes…!! ——————————————————————– A few hundred years ago, the darkness was driven away by a single hero, and the descendants of that hero reigned the kingdom for generations. From the southern reaches of the great continent, towards the Royal Capital, the apex of humanity’s prosperity, …an army of obscene monstrosities begins to march. Elven maidens fall into their wretched green hands… Elder Sister Stop, stop it! Not in front of my sister… aaAAAAHHhh! A cocky magician gets a taste of her own medicine… Laura The Orcs are an inferior species. I’ll take them out all by myself! Must-see (and hear) violations! Survive x Lyricbox present their first fantasy comic. ——————————————————————– [Credits] Original: Lyricbox [Voice Acting] Fumino Yotsuba Yaya Kinoshita Kuruta Suzuki Production: survive * The original CG set is available here https://www.dlsite.com/ecchi-eng/work/=/product_id/RE165869.html 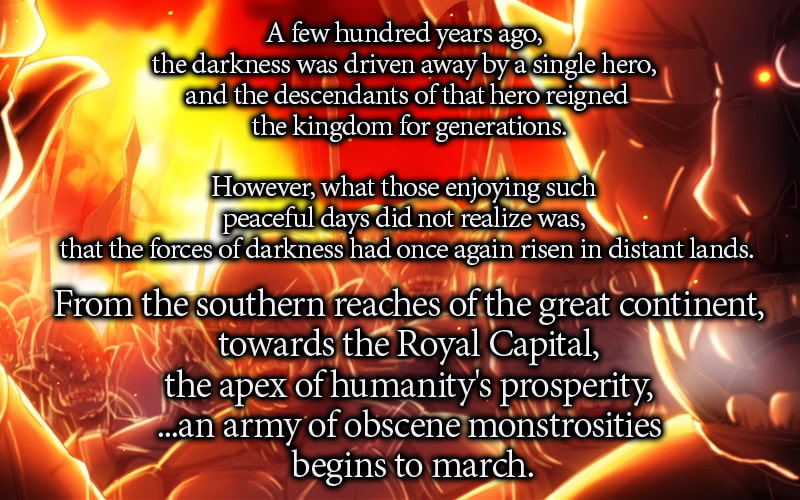