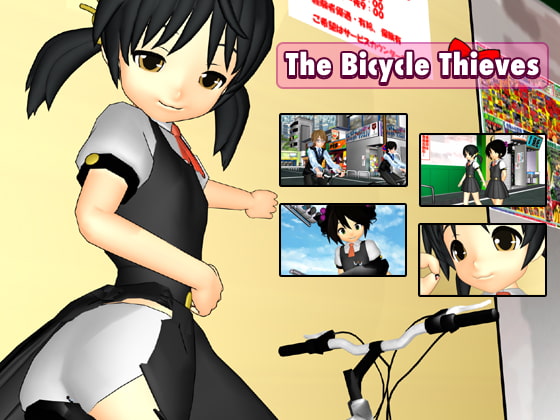 Two guys were riding their bicycles when they decided to stop to rest. Then something really strange happened which made both guys shrink! Now they are stuck on the bicycle seats waiting for someone to help. After some time waiting… two schoolgirls appear but these girls don’t seem to wanna help the guys. You can expect to see more violence in this animation, and both girls farting on the shrunken guys too. There are 2 different endings in this animation, the ‘aware’ ending where the girls notice the boys on the bicycle and torture them (with farts and butt crush), and the ‘unaware’ ending, where the girls don’t notice the boys because they are very small, so they simple sit on and crush them.