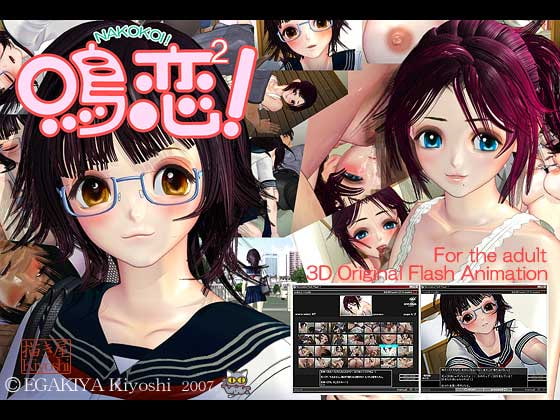 An original animated novel by EGAKIYA Kiyoshi. With the combination of text and animation, you can better understand the emotions of the characters and the story more than with standard animation-only productions. ~Story~ The main character (Ken/Big Brother) is a student who is going abroad… which leads him to indulge in a forbidden incestuous relationship with his little sister (Nako). Story 2: Big brother is tempted by the unbelievable body of his apartment manager’s young wife, Aya. These 2 stories will light up what’s left of the summer! This production was created in Flash; image size is 720×460.