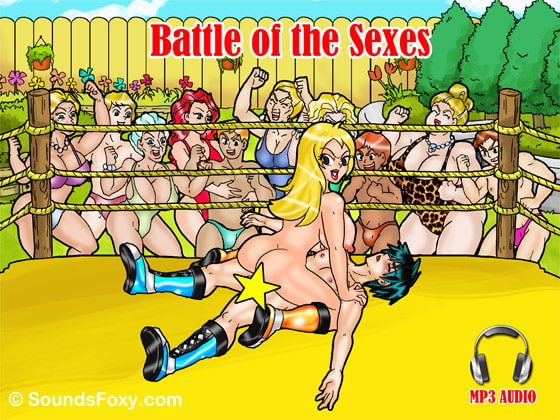 Jan Parker is the female backyard wrestling champ, and Mauler Mark is the men’s champion. Now the two wrestle for the mixed wrestling championship. But sex is not only their gender – it is their weapon, too. They wrestle best two out of three falls, with sexual domination as they fight. 20 minutes mp3 audio drama with character voices and explicit content. English language only, read by Skye Hammond.