This is written by English. STORY After losing to his childhood friend Haruka, Yuuya was next disgraced by his classmate Rie. He voiwed revenge on them both. To get back his pride he returned to the gym where he first cut his chops as a wrestler. However, the gym he used to know has changed for the worse. For some reason it’s now overwhelmed by female fighters, helped in no small part by Haruka’s high profile win. Yuuya was caught up in his own anger when he was approached by two oddly smiling girls: Kyoko and Aoba. They’re lower ranked than Haruka and Rie. Can Yuuya beat them? CHARACTERS Yuuya / Protagonist A martial arts student. His once enormous confidence has been torn to shreds by back-to-back humiliations. He’s going back to square one at his old stomping grounds, but when he has to share the gym with two of Haruka’s underlings his revenge fantasy and his ego are more likely to be stomped. Kyoko / Rank B Less powerful than her role model Haruka, but the ace of herformer ballet school, Kyoko is highly capable. She’s been training with her friend Aoba, rising up the ranks at the gym. Kyoko wants to take on Yuuya, but isn’t quite confident she can do it alone. Aoba has her back. Aoba / Rank B Kyoko’s best friend, comrade in training and also a trained ballet girl. She’s got powerful leg muscles, and even taught Haruka some of her favorite choke holds. She loves to put the squeeze on an opponent. Domination and reverse-hardcore (woman on man) fight manga for masochists. Please enjoy. Includes a blend of martial arts moves and sexual positions. Created by Nanohana 800 ( https://nanohana800.com ) Special Thanks to Yui Kagura ( https://hetyodrop.lolipop.jp ) Produced and Presented by The Nation of Head Scissors ( https://tnhs.x.fc2.com/tnhs/The_Nation_of_Head_Scissors.html ) 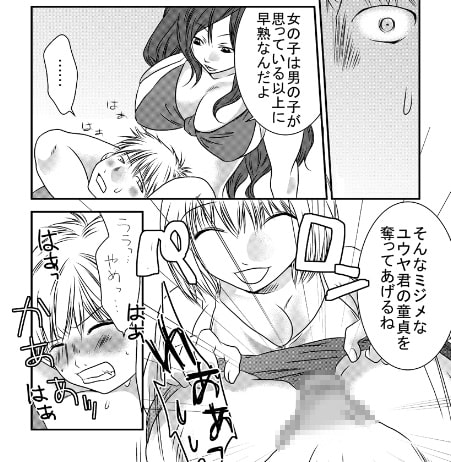