The Horse Demon leads an army and attacks the Hero’s castle to claim back his woman, the busty queen Bian*ca. Chapter I – Year of the Horse The Horse Demon successfully kills the Hero and obtains the queen. In the king bedroom, he f*cks Bian*ca again and again until she loses her mind. Chapter II – DQIII Stars Cosplay Although Bian*ca is his favourite f*ckhole, the Horse Demon can’t forget his past women from DQIII era. So, he makes Bian*ca cosplay with their costumes and f*cks her while she wears them. Chapter III – Marriage & Breeding Exhibition The marriage between the Horse King and Queen Bian*ca is held in front of the town people. It also includes sex and live birthing of the future king. Contains beastiality. Total 25 CGs (saved in highest quality JPEG) 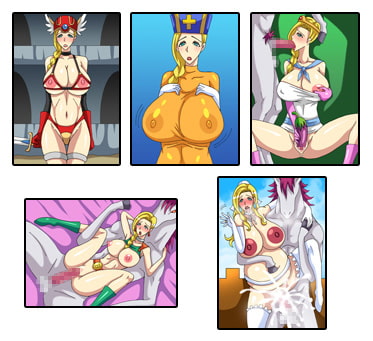 「Church in the Wild!」