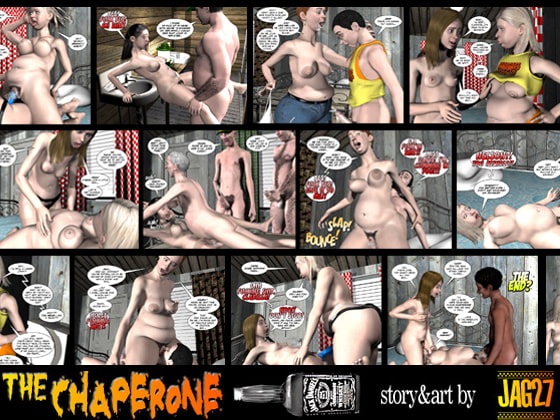 Chaperone consistes of two chapters. Chaperone1 Olivia Davis had no idea what she was in for when she agreed to be the sole chaperone for Amy’s cheerleading team. After their competition, the group finds themselves stranded in the middle of nowhere during a freak storm. Forced to spend the night in a hunting lodge retreat, things begin to get a little bizarre… and it all starts when Olivia decides to down an entire bottle of whiskey. She’s the woman you wish you’d had on your school trips… but never did. Lesbian cheerleaders and long donged rednecks abound… Chaperone2 Olivia and her stud are getting it on… but what about poor Nelson? Dejected after watching his beloved Joy tagging the Redneck in the shower… he decides to head back to his room in a depressed state… but he never quite gets there… as someone else in the group has plans for him. And Joy, overwhelmed with sexual lust, throws herself on the mercy of the Redneck and his three friends… and an all-out gangbang begins. Sexual hijinks and debauchery as the Chaperone concludes… Story & Art by JAG27. Total of 179 pages