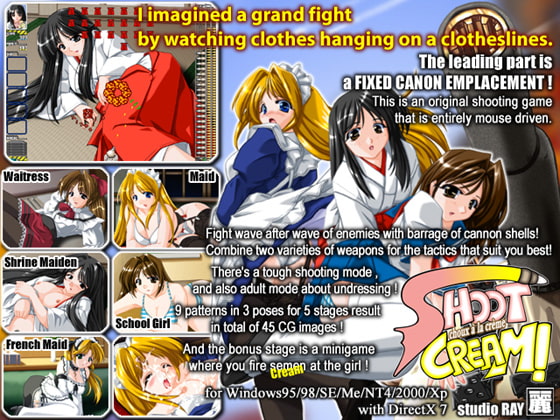 ENGLISH version translated by native English professional translators. PRODUCT REVIEW: A product review of this game is available on: https://eng.dlsite.com/report/productreview1.html A game where you shoot things by using the mouse! You take the role of a fixed gun emplacement. Stop the oncoming hordes of enemies by barraging them with your weapon! This game was inspired by retro games, but it features additional elements such as power-ups, a combo bonus system, a limited supply of ammunition, tricky enemy attack patterns and more. The game is highly configurable with settings for visual effects and the degree of difficulty. There are two modes available: a game-only mode where game play is solely limited to the action part of the package, and an undressing mode, for some added adult entertainment. The undressing mode has 5 stages and 45 images in total. The bonus stages take the form of a bukkake mini game where you can paint with fluid in real time! 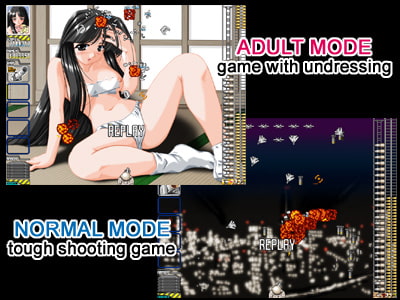 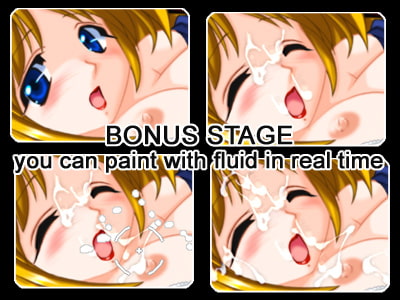 The second ~Onsen Hime~ Flash animation gallery is here! We started our tour with some hot babes from the Regency of Dylonia. In this animation we give you everyone’s favorite buxom Shrine Maiden – Ameria Rejuvonii in her very own animation gallery. This is voyeurism at it’s best, as you take a small peek into the day in the life of a Shrine Maiden. Watch as she sleeps, strips off clothing, bathes and more! We give you our second installment with a whopping fifteen(15) erotic short animations and a new menu and navigation system for easy scene progression. Our latest release can be viewed without Web browsers, or using a flash player. However, if your system is not compatible with that method, alternate methods using Flash Player and/or using a Web Browser have been provided. Details in Readme.txt provided with the product. 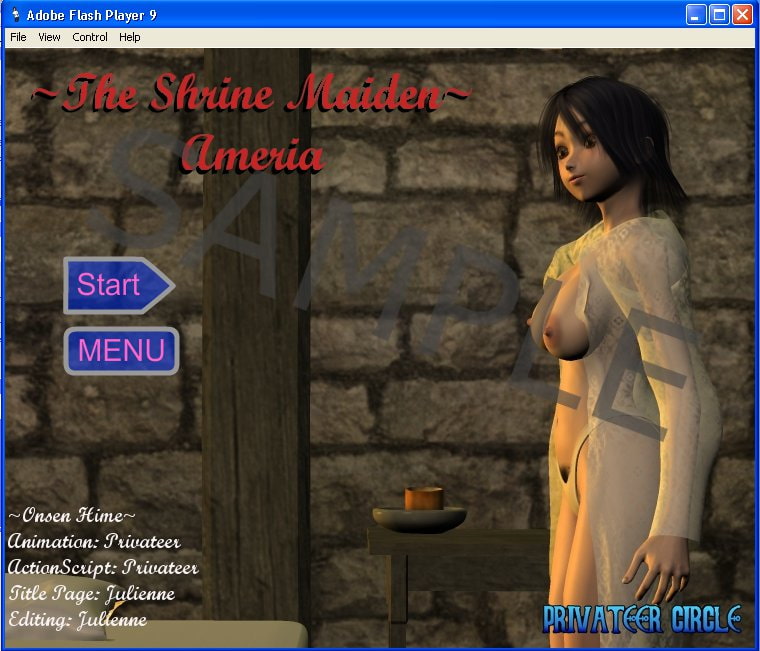 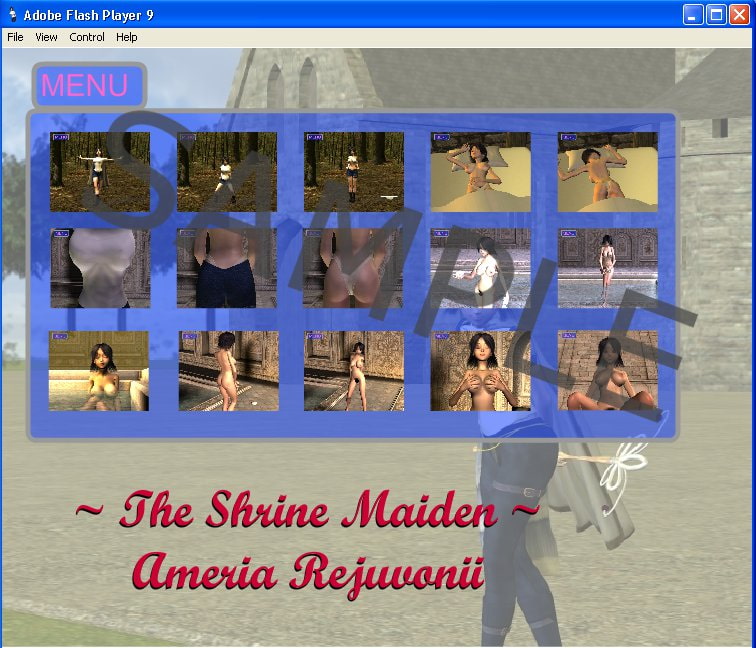 Drag Abbi’s skirt from the bottom up and peep at her panties! Get her skirt all the way up to MAX out the peep meter to see her entire luscious hips. Find the hit area below her waist and give that skirt a lift. Starts with 2 types of panties, but clear challenges to unlock more. Includes hidden items (click on the star) and Abby’s pleasure meter (max it for a feeling monitor). * Recommend purchase with member account for updates. * Product support from the circle applies only for the latest update. 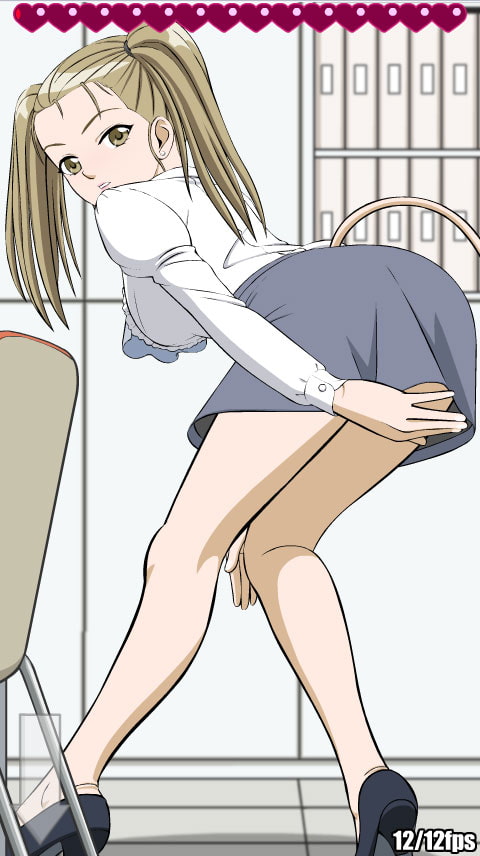 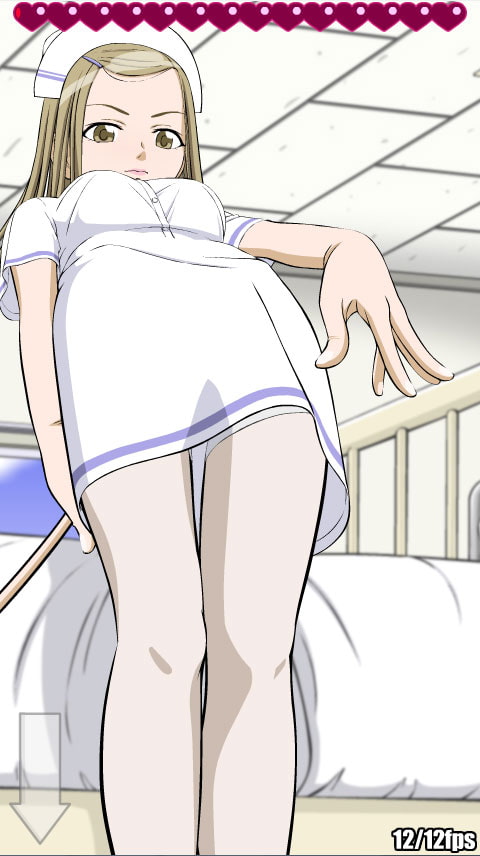 * Jan 4th 2017 – Updated to Multi Language Version! Languages selectable: Japanese and English You can change the language on Config menu on the title screen. A short heartwarming bestiality SLG. Provide offerings to the doggy girl and earn her trust and loyalty. Different endings based on your actions and level of love. * APK included for Android devices Please play the trial version to confirm compatibility 18 base CGs (3 of which are Live2D animation) 5 endings Created with Unity Utage Includes features like: CG gallery / H scene replay Message window transparency Simple tap play for smartphones Up to 1280×720 resolution (On PC) Customizable protagonist name New Game+ (item carry over / unlockable costumes) and more Recommend purchase with DLsite account for updates Scenario by Bsuke Graphics by A-ko ( https://lllakolll.xxxxxxxx.jp/ ) 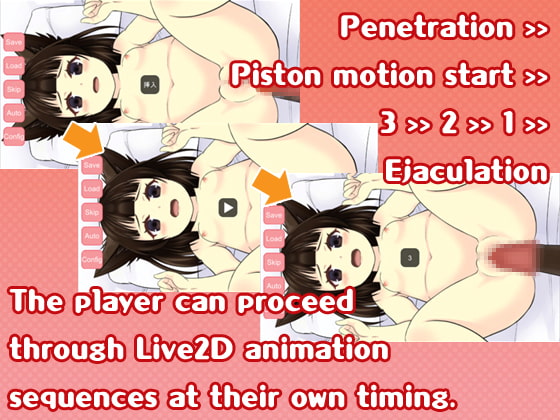 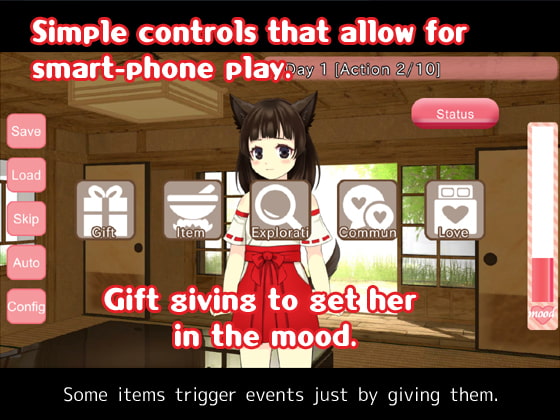 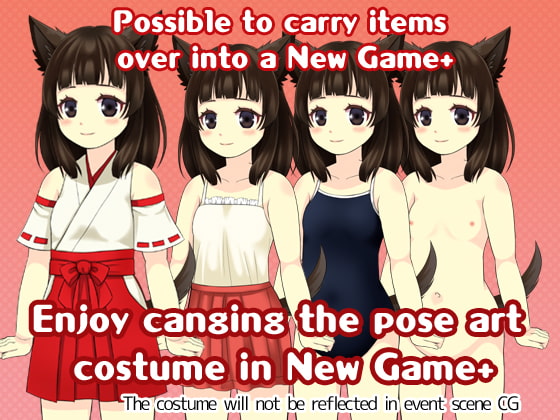 Lusty spirits haunt a certain shrine when night falls. The curtains rise on another violent night of spirits vs. shrine maidens! This is a tower defense-style action game with pixel art. Try to protect the shrine maidens from the incoming spirit horde. Use the keyboard to control the leader of the shrine maidens. Other shrine maidens can be issued commands to coordinate with you. When a maiden loses enough strength her clothes will come off. When a spirit touches a naked shrine maiden an H scene plays. ~ Notices ~ Screen resolution is 1024×576. Monitors incapable of supporting this resolution may display incorrectly. The game requires a graphics cards with 3D graphics support. Again, if your system does not support this, it may display incorrectly. Please play the trial version to confirm compatibility. Recommend purchase with DLsite account for updates. * Ver1.08 (as of August 15, 2015) There are currently 16 H scenes with pixel art. 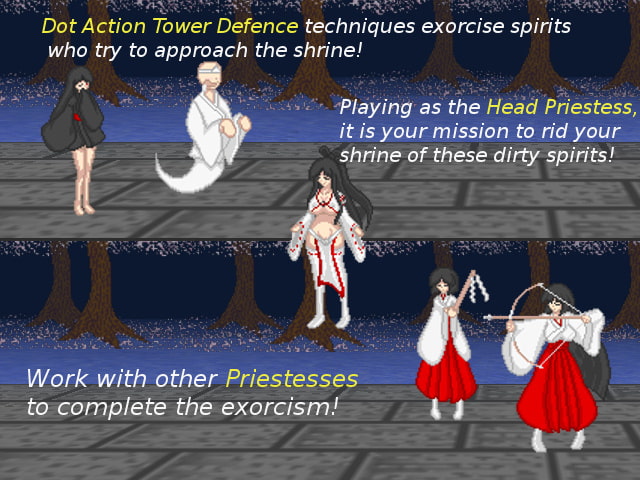 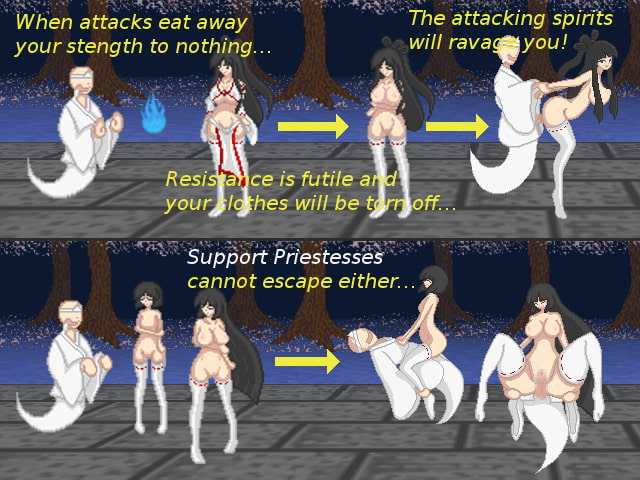 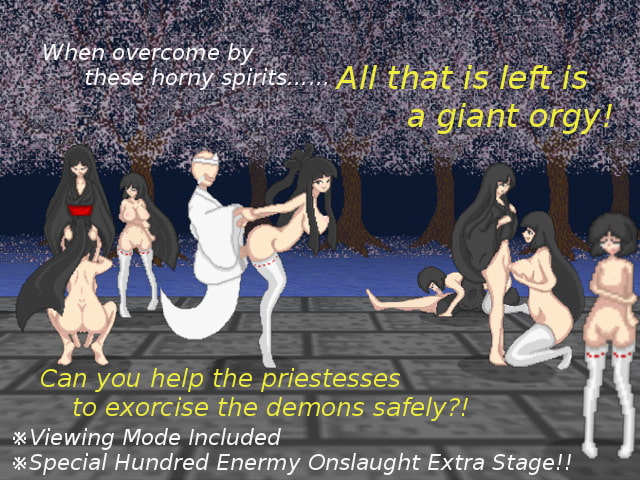 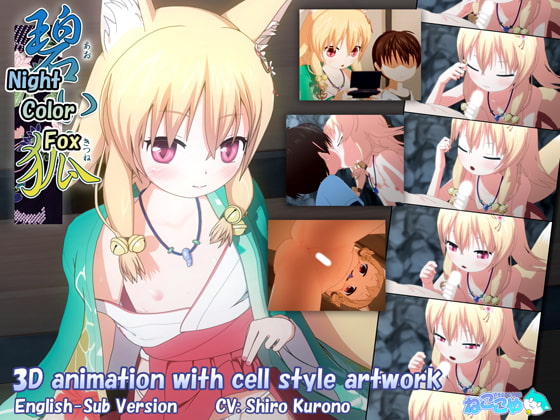 * Apr 27th 2017 – Updated to English Translated Version!. (English subtitle / Voice: Japanese) Deep inside a dark cavern there lives a fox youkai who has taken the form of a young girl. She listens attentively to the young man, never backing away from his personal problems. MP4 (H264 1280x720pix) Animation: 53 min 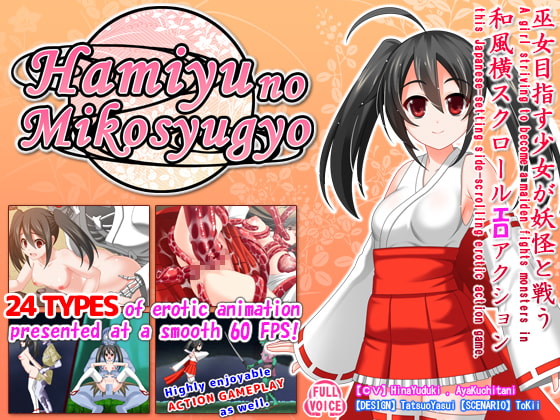 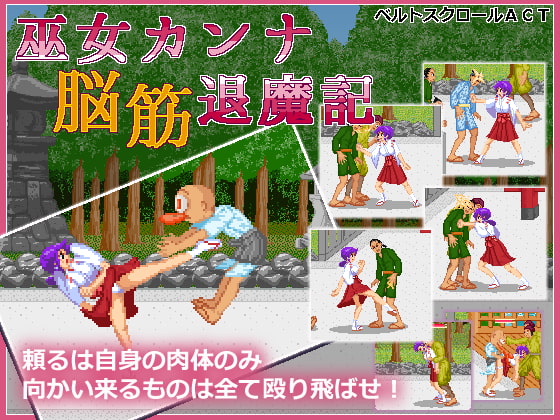 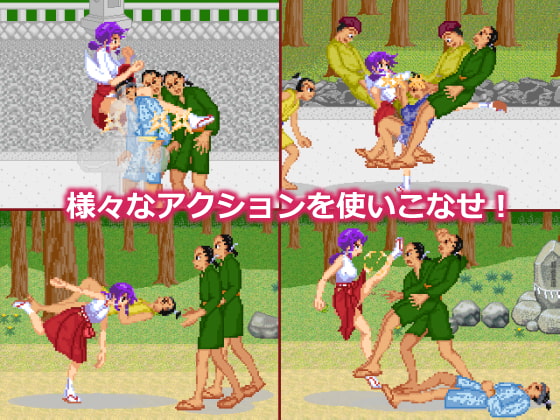 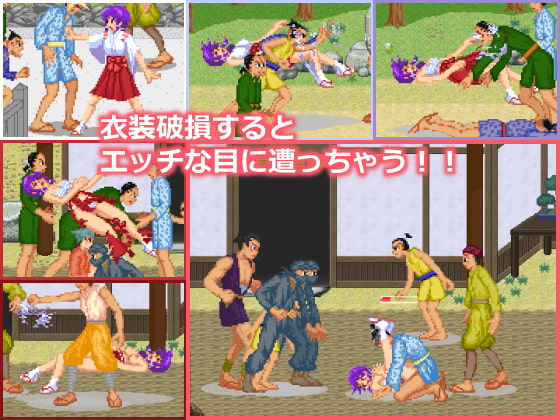 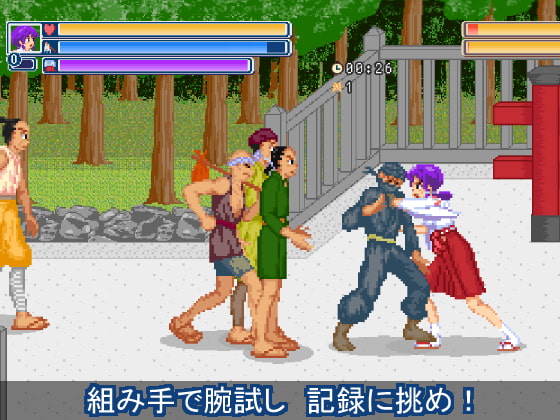