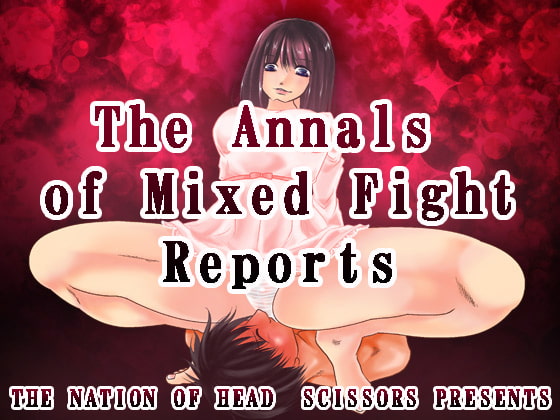 * Based on actual experiences * * Adapted from a published interview with two women who went on to become models * [ Outline ] Inoue’s passion for girl-on-girl catfights goes beyond watching fetish videos; every month he books a hotel room and pays an escort to fight another woman, a pet cat, that he arranges separately. Then he lets them go at it setting a 10-minute limit and offering $1,500 to the winner as an incentive. It’s been fun for Inoue. But today Anna and Maya, the women he’s matched off, aren’t obedient kittens. They’re wild tigers, and they’re turning on their ringmaster. [ Characters ] Anna (age 21) Specially selected by Inoue to fight a random escort at the hotel. They met online. Her personality is loose and girlie, but she’s quite sadistic, and in a scrap she can choke a girl out with her powerful thighs. Maya (age 21) After four years of high school judo, she competed professionally until age 20. Now she rents her dominating talents to paying clients, masochists, who love to be sandbagged by a woman who knows what she’s doing. Maya knows Anna; she actually introduced her to the world of female domination. More than that, she sees right through Inoue. He has no fighting experience. He’s a new toy just begging to be broken. Inoue (age 33) The matchmaker, a boy-faced hobbyist with a fetish for watching women go at it. He sets up catfights using girls other than Anna, but she’s his fighter of choice tonight. It goes well at first. They fight for his entertainment… then turn on him, for theirs. [ Credits ] Manga by Nanohana 800 ( https://nanohana800.com ) Presented by The Nation of Head Scissors ( https://tnhs.x.fc2.com ) 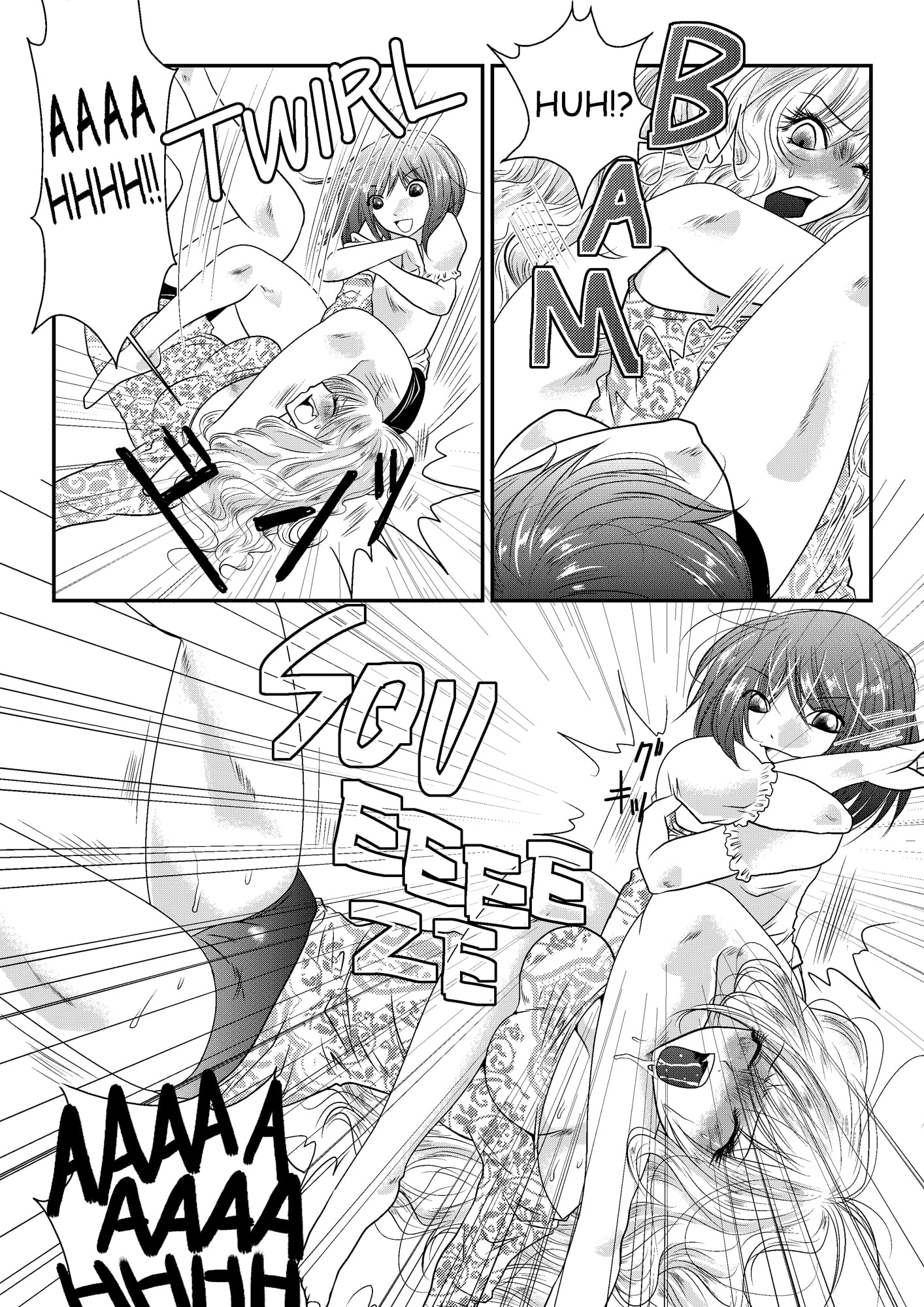 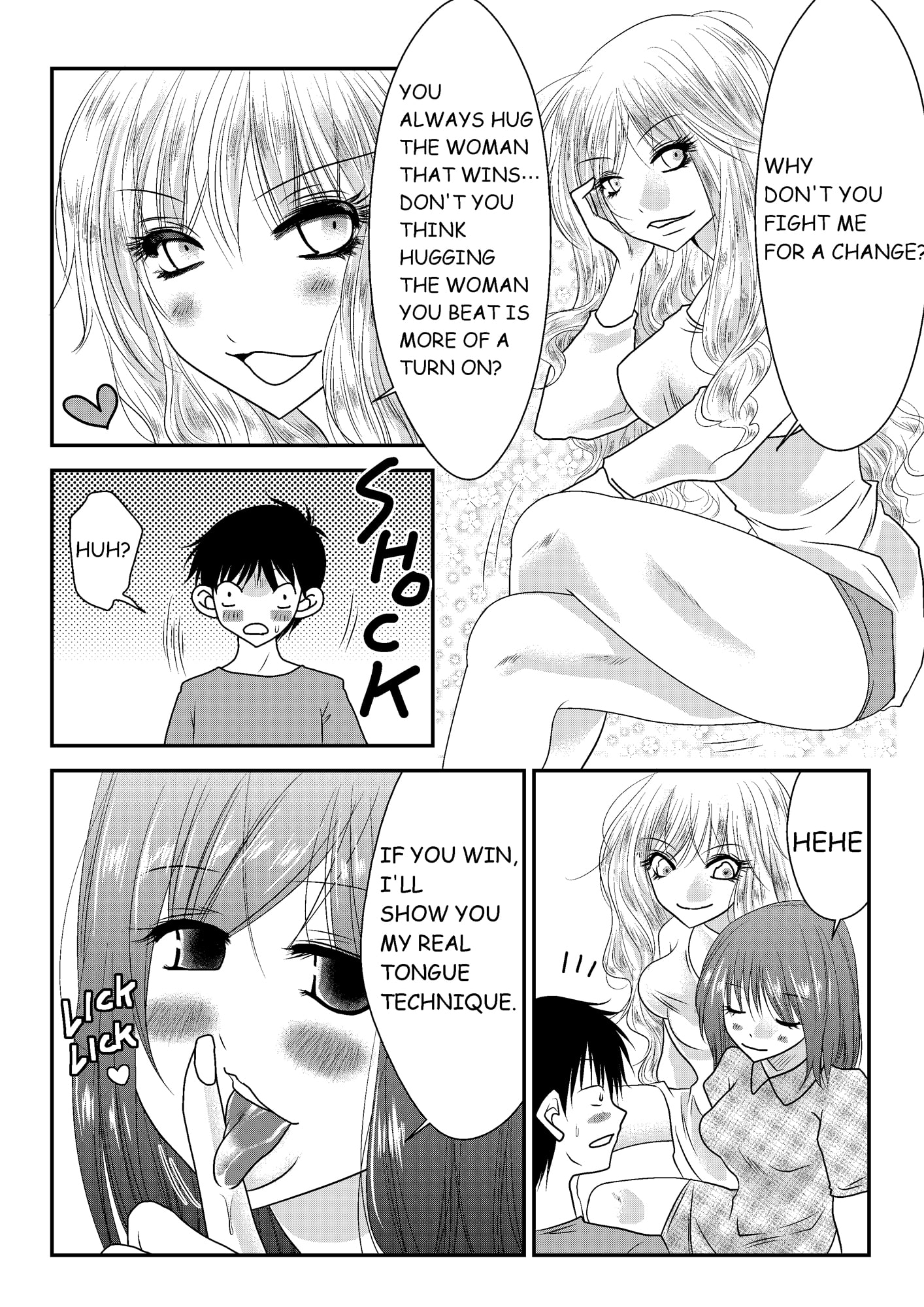 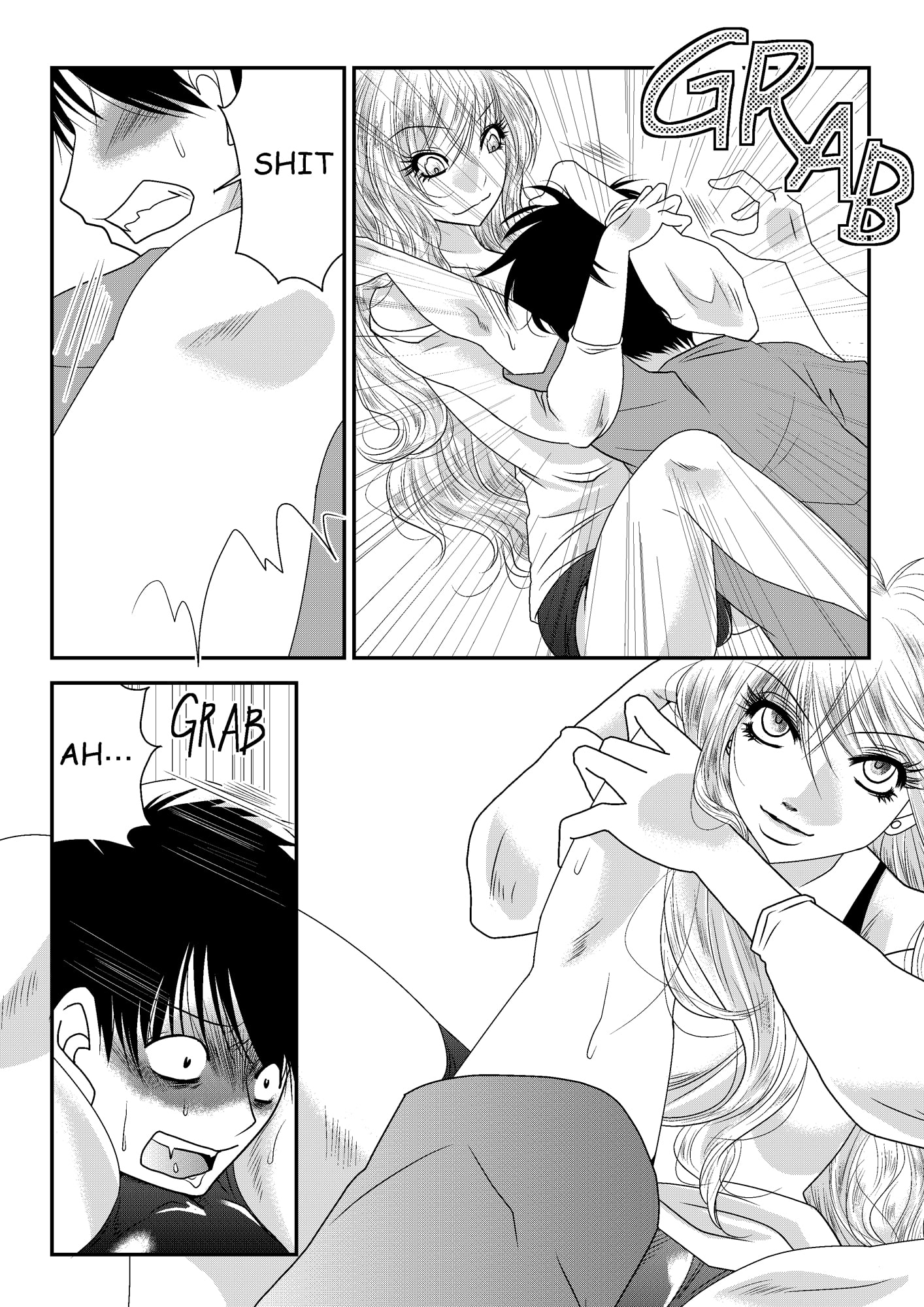