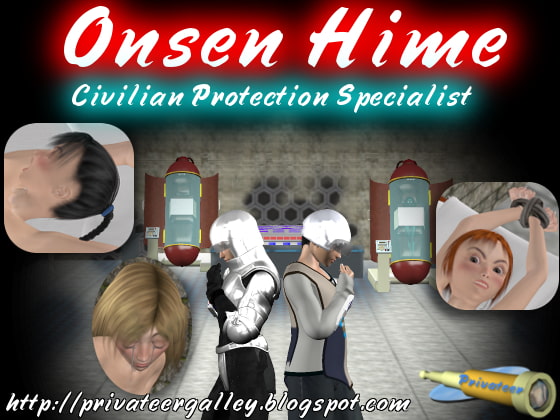 For the first time ever we are releasing the never before told adventure of our main character in a story that was NEVER going to be released! Originally planned as a running joke for future sequels of Onsen Hime Secret Pleasures and Onsen Hime Secret Rendezvous, we now reveal the long overdue back story of our plain random guy in Onsen Hime Civilian Protection Specialist! Join our antihero as he embarks on an adventure using of disguises, weapons and his wits to save three (3) women from losing their lives in five (5) days just for a decent paycheck. This game features multiple endings and story branches that allow player decisions to change the outcome of the story. Features: -Updated EXE System for easier user interface. -New achievement system allows you to transfer items, modes, weapons and armors into future games. -Return of the Mode System. -Improved Stat Point System allows players to accumulate and build stat points outside of battle thus lessening the need for level grinding. -New Game+: Don’t like an ending? Didn’t get certain items or unlock specific rewards? Use the New Game+ to restart the game and carry over all your old gear, experience levels, unlocked H-pics and animations into a new game to try your luck again. -Use new outfit system to disguise yourself and sneak passed enemies or gain the trust of friends as well as customize in-game avatars. Beware: To play this game, you’ll really have to think to find a way out of situations. ***NOTE: IF YOU EXPERIENCE ISSUES SAVING, PLEASE RUN IN ADMIN MODE*** 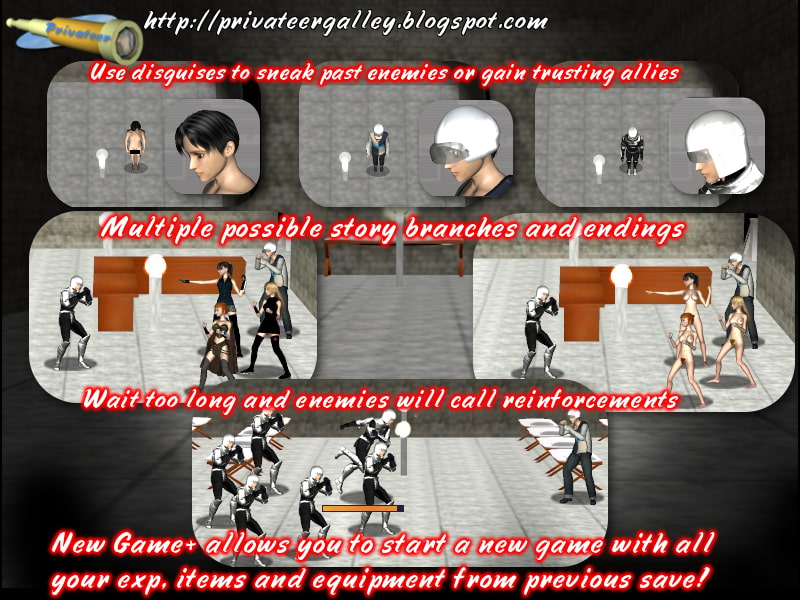 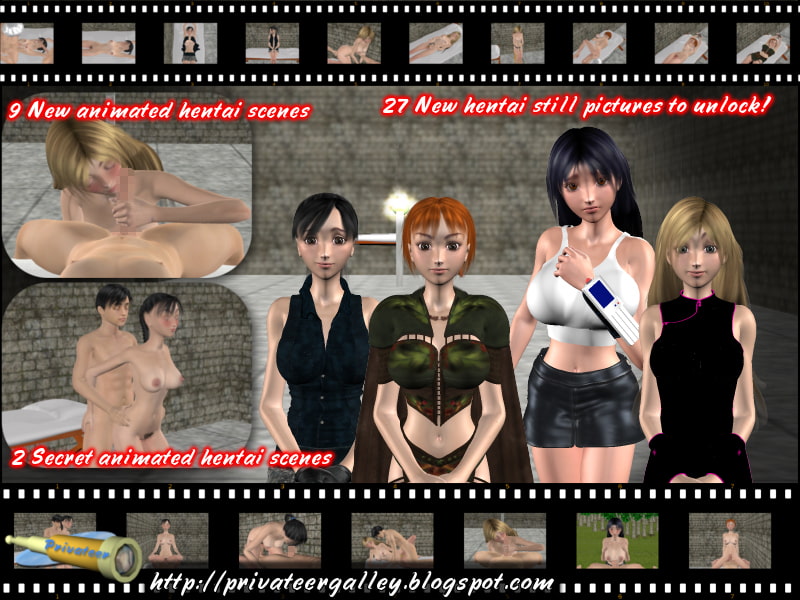 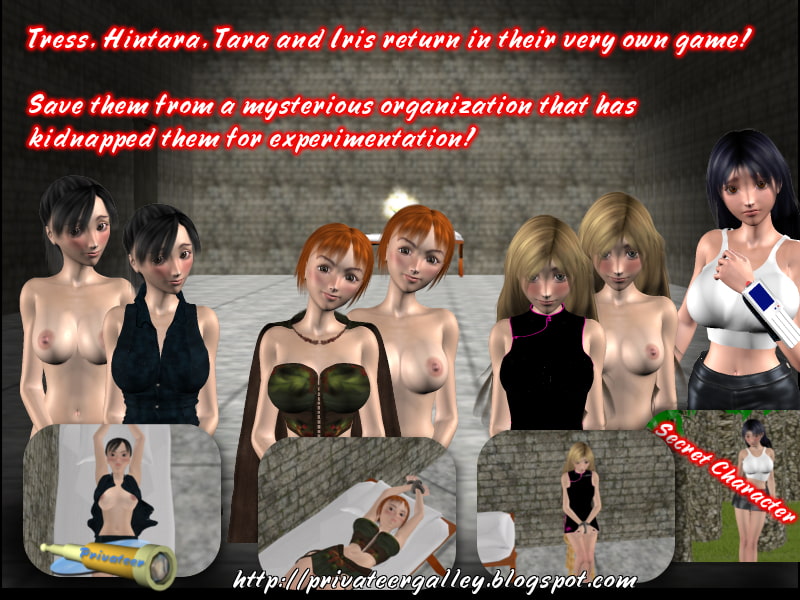