* Concept A retro-modern side scrolling action game that combines combines playability and practicality! * Story Another world, not unlike ours—– A place where monsters are abducting the women. A nefarious inma seems to be behind it, using the monsters to kidnap ladies and eat them. The inma is instinctively drawn to humans. The inma’s semen is a transformative elixir that turns them into demons. Demonized women breed inma offspring, and the species flourishes. The government of this world, unable to suppress the monsters, offer a huge bounty to anyone who can. Their hope is to kill two birds with one stone: banish the monsters and end proliferation of inma. But lives cost. Nobody is up to the dangerous task. Nobody, that is… … except her! * System The Demonization Action is a simple 2D side scrolling action game. Control the player and clear stages like the platformers from your childhood! 10 total stages, each with a stage boss. Defeat the final boss to win. Damage will destroy the player’s clothes until she’s completely nude. When she gains health, she gets a fresh blouse and skirt. After death, her corpse will continue to take attacks as she screams. The game difficulty is fairly high. Difficulty increases with each successive stage but, you have unlimited continues within a stage to try again. Good luck! Plus, it includes an important modern feature: AUTOSAVE! (The game autosaves after each boss) * H Scenes H scenes are fully voiced. Each stage boss has their own H scene. Lose to the boss and the player will be taken captive and demonized, so if you want to clear the stage, do it before that happens! CG replay mode is included. All CGs will be unlocked in this mode when you complete all stages. * Notes Please play the trial version to confirm compatibility. 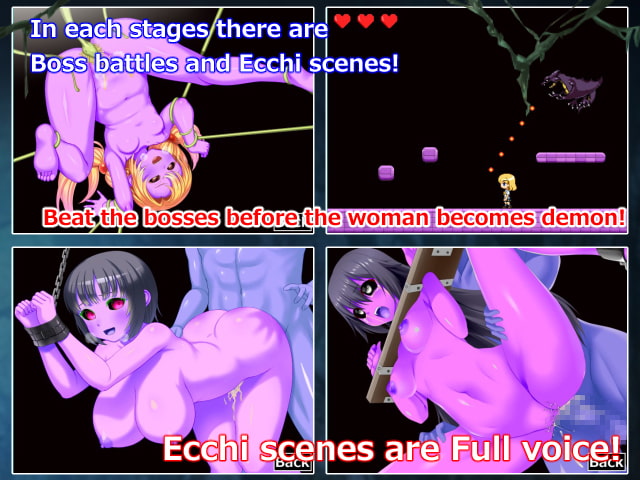 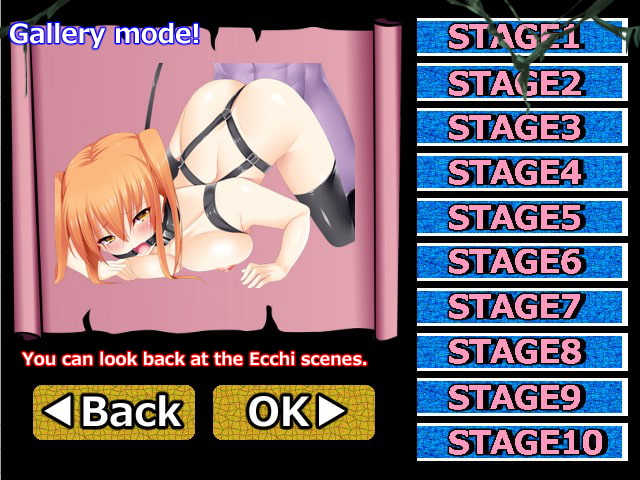 「The Tower of Succubus!」